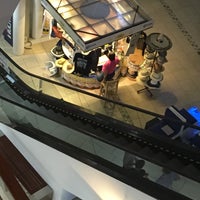 Plaza Kukulcan is also the location to locate the perform of renowned neighborhood artist Sergio Bustamante. Represented in Cancun by the Xaman-Ek Galleries, Bustamante’s uniquely surrealistic function is collected worldwide. Though he educated as an architect in Mexico, Bustamante has spent years combining his Chinese and Indian influences with the Mexican art tradition. The result is a body of sculpture and ceramics exhibiting a distinctive sense of humor, spiritually guided realism and superior workmanship. With added places at Plaza Caracol and La Isla, the Xaman-Ek Galleries also sell all kinds of locally-made goods such as jewelry, painting and folk art sculpture.

The Crossroad is the art district of the city, with a intriguing fusion of old and new architecture. There are lots of thrilling locations to photograph with rustic old factory doors and exterior spaces, wall murals and graffiti, and a multitude of interior and exterior art galleries. This is a wonderful spot for any photographer to discover and uncover a few great spots to come back to again and once again. There are lots of nooks and crannies, and dead finish streets that have excellent photography waiting at the finish.